When Lodge first started making cast iron 125 years ago, it wasn’t sold seasoned and ready to use like it is today. Instead, it came coated with a thin layer of wax to prevent rust during storage, shipping, and merchandising. Lodge did this by suspending the cookware from hooks and dipping them into a vat of hot carnauba bean wax. 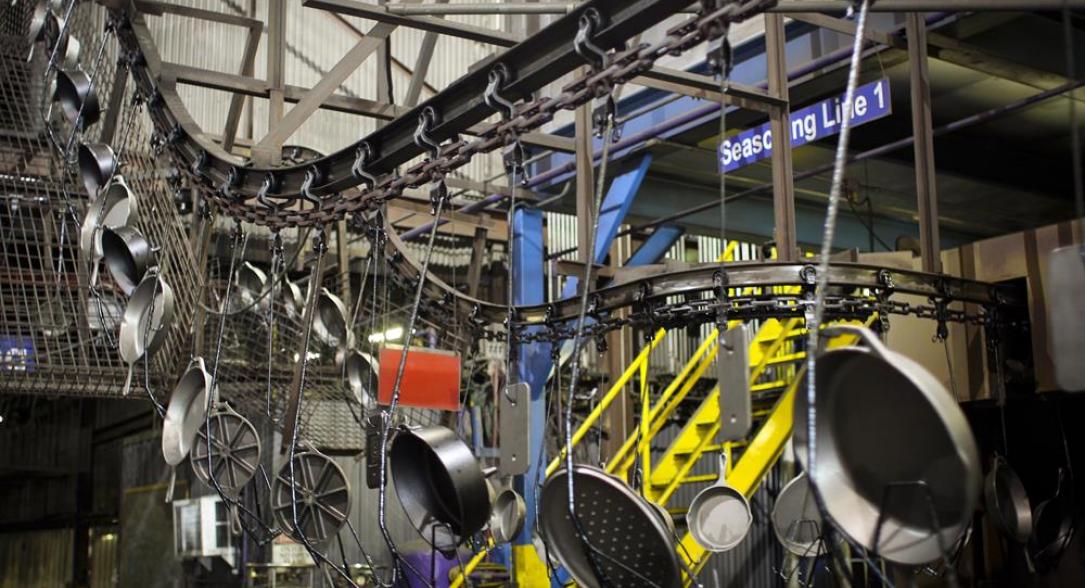 The wax was water soluble and could be washed off at home, however people had to dry, oil, and bake their iron in the oven before they cooked with it so that food would not stick. The labels at that time gave brief instructions:

“Everyone that owned cast iron had their own way of seasoning it,” recalls Henry Lodge, Lodge Cast Iron CEO & President, who has been with the company over 40 years. Unlike other cookware, which came ready to use, cast iron cookware required a bit of upfront work. “We got calls from people asking how to season it,” he says. “This was why we thought it would be a good idea to season it here. We felt sure that if we could offer a seasoned product ready to use right out of the box, it would probably help our sales.”

In 2002, Lodge developed a process for seasoning cast iron cookware in the foundry, and in June of that year Lodge debuted a new seasoned line of cast iron called “Lodge Logic”  at the Gourmet Products Show in San Francisco, becoming the first ever US cookware manufacturer to sell seasoned cast iron. The tagline was "We should have thought of this 100 years ago." It was very well received. “I came back saying, ‘Homerun!’” recalls Bob Kellermann, former Lodge CEO & current CEO emeritus. “Everyone loved it.” 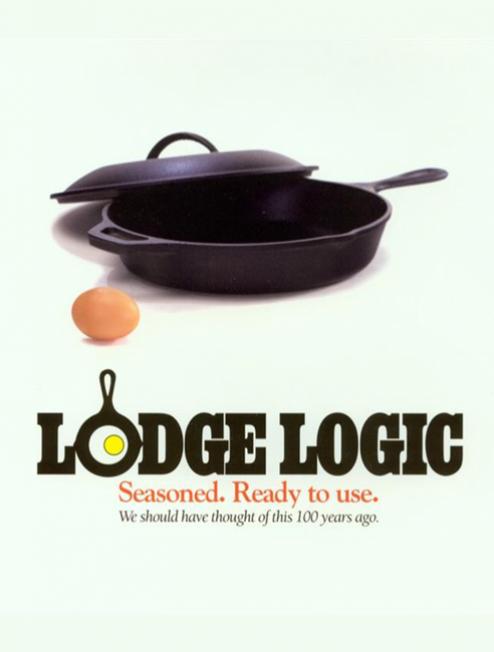 In December of that year, Lodge was presented with one of Good Housekeeping’s coveted “Good Buy Awards,” given to “a groundbreaking product that solves an everyday problem.” Henry and Bob flew to New York City to accept the award.

That first year Lodge only offered a dozen seasoned products, but it wasn’t long before sales of seasoned cast iron outperformed the unseasoned iron by a landslide. Lodge quickly started offering additional items seasoned. In just five short years, sales of unseasoned iron were so low Lodge decided to discontinue them altogether. Starting in 2007, every Lodge cast iron product was made seasoned and ready to use right out of the box.

“A lot of people ask me how we’ve been able to grow the business,” says Henry. “I tell them we had the right things in place when the customer was ready.”